We’ve noticed an uptick in the number of customers reporting that the batteries included with their EL-USB series data loggers are ‘dead on arrival’.

The battery included with most EL-USB series loggers is a 3.6V (½AA cell) lithium metal battery. 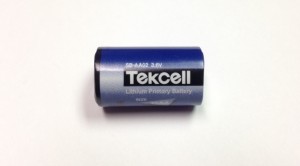 The problem can occur when a battery is unused for extended periods of time, like during extended transit times from the manufacturer to the end user for a new battery, or left unused at a customer site. In this situation, Lithium batteries can form a non-conductive internal layer; also known as a “passivation” layer.  This is technically a feature of the battery that prevents self-discharge, allowing for longer shelf life. An unfortunate side effect, is a drop in voltage when the battery is initially placed in your EL-USB series logger. The voltage drop can easily be mistaken for a dead battery.

You can remove the passivation layer in one of two ways. The first is to place the battery in your EL-USB series data logger and leave the logger connected to a PC for approximately 30 seconds. After 30 seconds has passed, remove and re-install the battery, resetting the data logger. The overall battery life is not affected.

A second, more immediate method is to momentarily short the battery, positive to negative. This can be done using a wire, or even a paper clip. It only takes a second to clear the passivation layer. 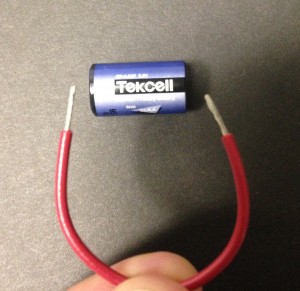