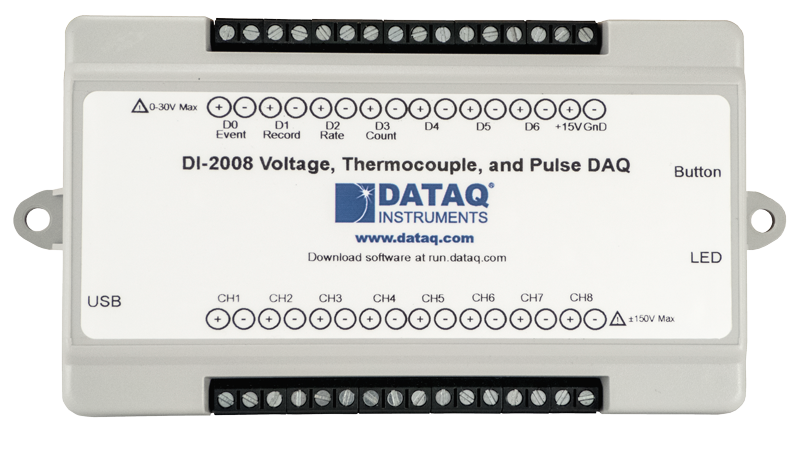 DATAQ Instruments is excited to announce the pending availability of our model DI-2008 USB data acquisition (DAQ) instrument, slated for March, 2017. This new instrument offers affordable and expandable measurement flexibility with full analog channel isolation that’s so critical for successful measurements in any situation. Follow along and learn why this low-cost data acquisition system supplies the performance of products many times its price. 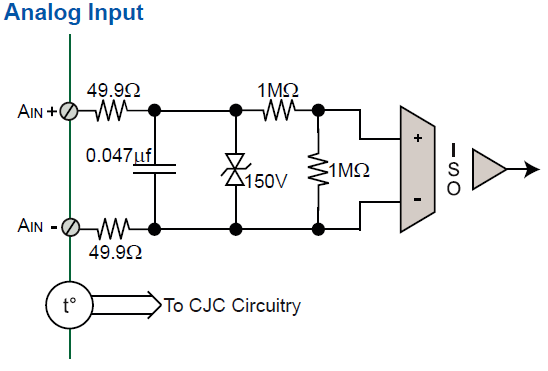 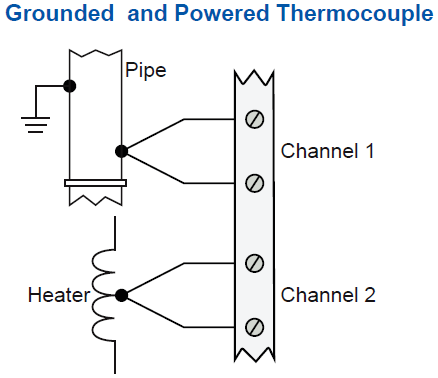 Linearization and cold junction compensation are automatically applied by the DI-2008 for the selected TC type to deliver values scaled in either °C or °F. Rounding out the DI-2008, a built-in 15 V sensor excitation power supply simplifies external wiring and further reduces overall system cost. Finally, all analog measurements benefit from a high resolution, 16-bit ADC to reveal even the smallest signal variations.

The DI-2008 provides 7 digital ports, each configurable as an input or a switch. Input protection is provided to 30 V. Configured as a switch a digital port is used to control external loads up to 30 V @ 100 mA, and the switch

is controlled asynchronously without interrupting the scanning process. When activated as inputs two ports allow dual functionality as discrete inputs, or one as a counter and the other a rate input.

The counter input provides 16-bit resolution and a terminal count value of 65,535.

The discrete, counter, and rate inputs are members of the same internal scan list used by the analog input channels. This means that all enabled elements acquire synchronously, which allows meaningful comparisons between analog and digital channels. For example, the rate input measuring engine speed allows rpm data to be acquired synchronously with analog data. 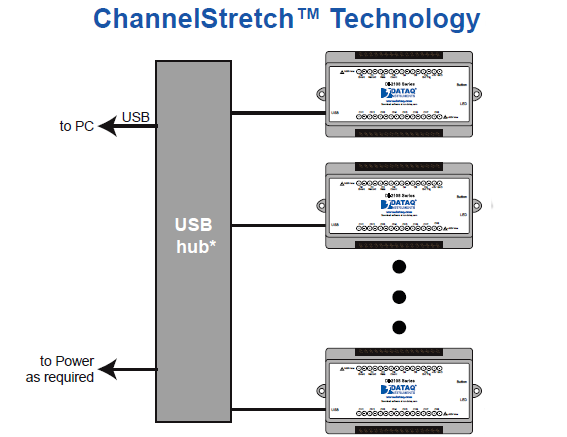 Just add another DI-2008. In fact, add as many as 15 additional units for a total of 128 analog channels and 112 digital ports. Multiple DI-2008s connected to the same USB hub automatically synchronize to within 10 μS between units, and the maximum sample rate throughput of each instrument is preserved. If you need more USB ports to accommodate more DI-2008 units, simply cascade multiple hubs to expand USB port count. Best of all, when using WinDaq software the enabled channels of all synced units flow into the same WinDaq application. They’re displayed and recorded together as though they were all acquired from a single instrument.

There’s much more information, including pricing, available for the DI-2008 from the product’s web page at this link:

The instrument is CE-approved and should ship before the end of March, 2017.