There’s been some confusion with with regard to EL-WIFI series data loggers and the way that they transmit temperature & humidity data back to the PC.

If the EL-WIFI logger goes out of range of the wireless router while the software is running, the status will change to ‘Not Connected’. 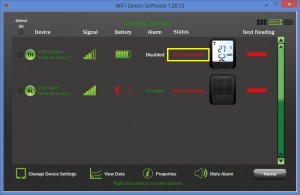 Once the EL-WIFI logger comes back in range of the wireless router, the status will remain ‘Not Connected’ until the logger attempts to transmit data.

The time period between data transmissions (how often the device will attempt to communicate with the PC) is chosen by the user during configuration. 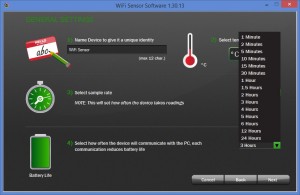 You can force the EL-WIFI logger to reconnect (before the next attempted data transmission) by pressing the pushbutton three times, displaying WiFi signal strength. Note that it may take a few seconds for the status to change to ‘Connected’ in the software.

When the connection is re-established, the logger will sync with the PC and transmit any buffered data the next time it tries to communicate. 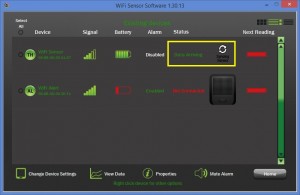 With the software running and the EL-WIFI logger in range of the wireless router, the ‘Next Reading’ progress bar gives a visual indication of when the next data transmission will occur. 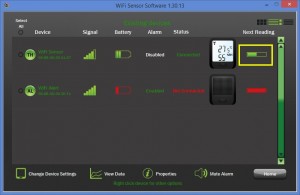 Note too that any changes to device settings will not take effect until the forthcoming data transmission occurs.