It's obvious that prosthetic implants have changed the lives of countless thousands for the better. Knee, hip, and shoulder replacements are common surgeries today, substituting diseased or damaged joints with synthetic materials that allay pain and simultaneously restore mobility and quality of life. Not as obvious is the technology at work behind the scene that makes these life-changing surgeries possible. This application note will examine one small aspect of this technology and relate how DATAQ Instruments' hardware and software products were used to help improve joint replacement know-how and success rates.

Our customer, a surgeon experienced in joint replacements wanted an answer to a question: Could the cement that is used to fix a prosthetic socket to bone in shoulder replacement surgeries ultimately lead to bone damage and early prosthetic failure? The question is logical when you consider that the cement, called PMMA (Polymethylmethacrylate), is like an epoxy that is supplied in two parts: a liquid activator, and powdered PMMA. Further like an epoxy, when the two parts are mixed heat is released. Could the heat generated from this chemical reaction be intense enough, and last long enough to actually damage surrounding bone and lead to premature joint failure? To answer this question the surgeon decided to run a series of tests on a cadaver under various conditions. Specifically he would run profiles on the two styles of prosthetic shoulder sockets in use today, pegged and keeled designs (Figure 1).

Figure 1 — The two primary types of glenoid prostheses used for shoulder replacements are the pegged (a) and keeled (b) types. Since the volume of PMMA required to fix the pegged socket is less than the keeled version, and the quantity of generated heat is directly proportional to the volume of PMMA used, the amount of heat released would vary as a function of the socket style that is employed. In either case, it was determined to be essential to limit the magnitude of released heat to 40°C, or the dwell time in excess of that temperature.

DATAQ Instruments' model DI-1000TC-8, eight-channel thermocouple temperature logger was chosen for the test (Figure 2). Especially critical for the low noise measurements required by the application is the unit's fully isolated design. This approach eliminates the noise-producing affects of common mode voltages that cause poor measurement results. The DI-1000TC was connected to the USB port of a personal computer running WinDaq data acquisition and playback software, which was used as the primary vehicle for monitoring the test in real time and for analyzing results afterward. 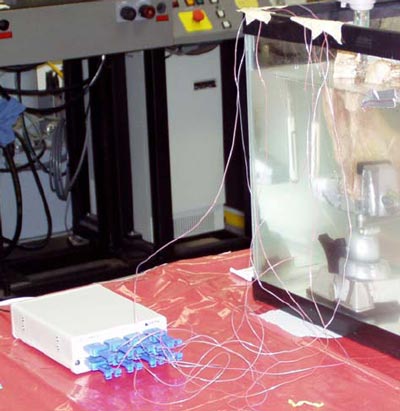 Figure 2 — The model DI-1000TC-8 used in the study is shown here positioned near the water bath.

See Figures 6A and 6B, generated by WinDaq software and the DI-1000TC.

Figure 6A — A temperature recording of a pegged implant. All channel strips have been calibrated in ºC. The upper limit is 80ºC, while the middle grid value is 40ºC. The circled area indicates where the temperature exceeded 40ºC.

Figure 6B — A temperature recording of a keeled implant. All channel strips have been calibrated in ºC. The upper limit is 80ºC, while the middle grid value is 40ºC. Circled areas indicate where the temperature exceeded 40ºC.

Several recordings were made of tests using both keeled and pegged versions of the prosthesis. Although the PMMA curing temperature for both exceeded the implied 40°C limit, the keeled version exhibited the greatest excursions in temperature for the longest period of time (Figure 7). This was expected based upon the inherent requirement for more PMMA cement to fix the keeled as opposed to the pegged prosthesis. Further study is required to determine the extent to which bone can survive the high curing temperatures of PMMA cement, and the length of time of that exposure. However, the study accomplished it primary objective, which was to quantify, profile, and document the range of temperatures to which bone is subjected during a typical shoulder replacement procedure.

Figure 7 — Comparative temperature profiles at the bone/cement interface of the pegged and keeled prostheses.

As expected, the keeled type achieves a maximum temperature nearly twice as hot as the pegged type (80 versus 46ºC) and stays above 40ºC for 340 versus 101 seconds.